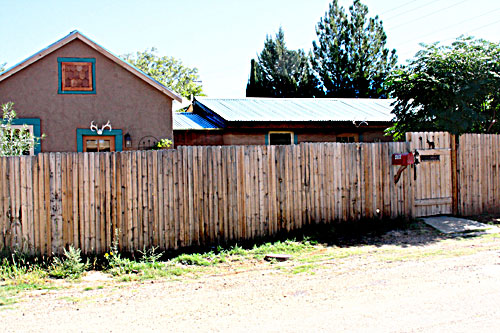 This house is on the west end of Pueblo Nuevo, an area largely settled by former Terlingua residents displaced when the mine closed during World War II. It was originally owned by Callistro Carrillo, a railroad worker and his wife Manuela Luna, who originated from Terlingua. In what is now the living room, there was a store during the 1950s. Today, the house has been extensively restored in “Santa Fe and Cowboy style” by Skip Kennamer, who has restored several South Side houses since “retiring” to Alpine.