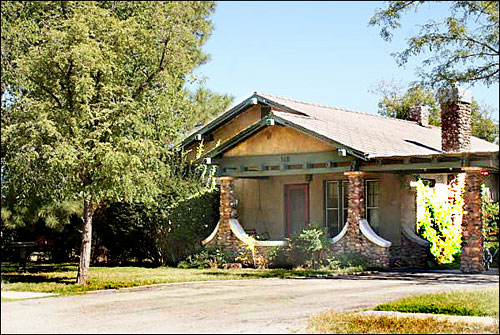 This house was purchased by T. Franklin Skevington in the late 1920s. Skevington owned the Highway Service Garage and was the Alpine City Secretary in the late 1920s and again from 1942 to his death in 1946. His wife, Lona, was the organist at the Methodist Church. The house, in classical bungalow style, was valued at $9,000 in the 1930 census. The house passed to the Kemp family and later to the Peters family.